Ron Garan is an incredible visionary. Not only is he an astronaut, he’s the force behind Manna Energy (one of our LAUNCH:Water innovations), and now his latest brainchild FragileOasis.org is nearly ready for its long-anticipated debut with new community interactive elements.

Ron, well known as @Astro_Ron to the tweetisphere, left planet Earth on top of a Soyuz TMA-21 rocket from the Baikonur Cosmodrome in Kazakhstan yesterday, April 5, 2011 (Kazakh time, April 4th US time). He launched just one week shy of the 50th anniversary of the first human to leave this planet, Yuri Gagarin, who launched from the same launch pad April 12, 1961. 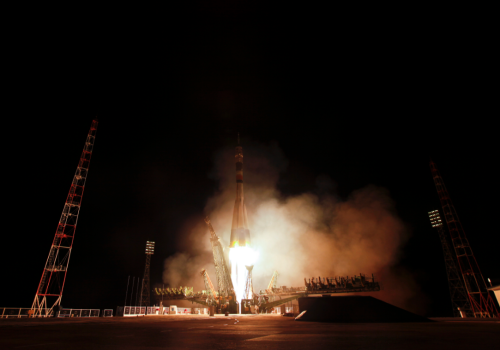 Ron is traveling to space for his first time on a Russian rocket, though he’s a space veteran with a previous Shuttle flight  and space walks under his belt during STS-124. His crewmates on this mission, Russian Cosmosnauts Alexander Samokutyaev and Andrey Borisenko are traveling in space for their maiden voyage. 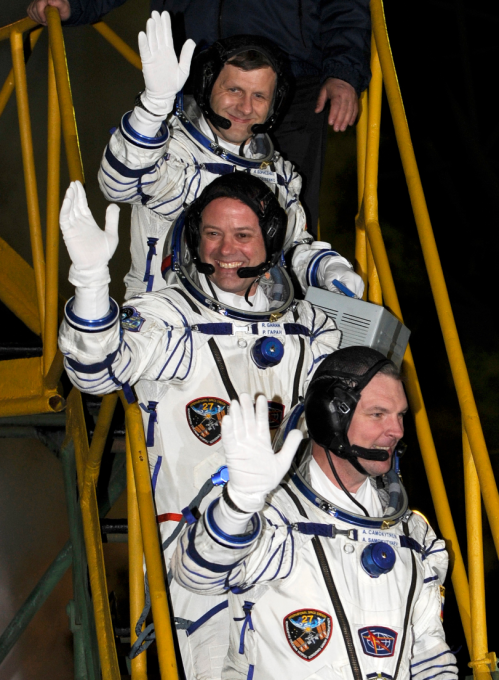 Their Soyuz was decorated to commemorate the 5oth milestone, and carries Yuri’s likeness. Here is a twitpic from @Astro_Nicole Stott, who attended the launch. 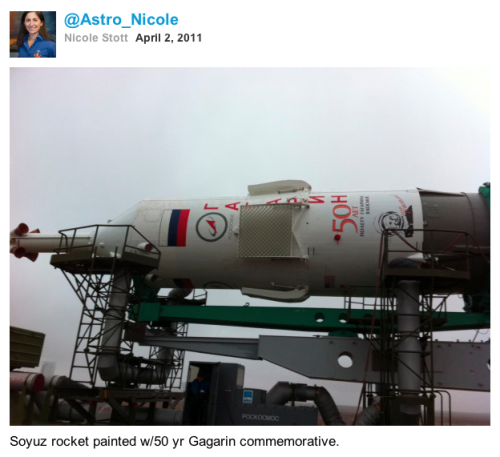 Ron and his crewmates dock with Space Station on Wednesday, April 6th at 7:18 p.m. EDT. They will join NASA’s @Astro_Cady Coleman, ESA’s @Astro_Paolo Nespoli, and Cosmonaut Dmitry Kondratyev already on orbit since December 2010.

The hatch opening and welcome ceremony will start around 8:45 pm. You can watch all this live on NASA TV. Personally, I prefer the new HDtv Ustream version. Great images!

While Ron’s in space, you’ll hear more about Fragile Oasis. We created the Fragile Oasis website http://www.fragileoasis.org to share stories of life on and off planet Earth through the eyes of NASA astronauts. Our next phase of the website design adds community engagement which makes use of the latest social media tools to engage users in conversations about space, while inspiring them to take action toward making our home planet a better place – one project at a time. Our goal is to provide a vehicle for all organizations committed to improving life for the inhabitants of planet Earth to connect, collaborate and inspire each other in their common goals. 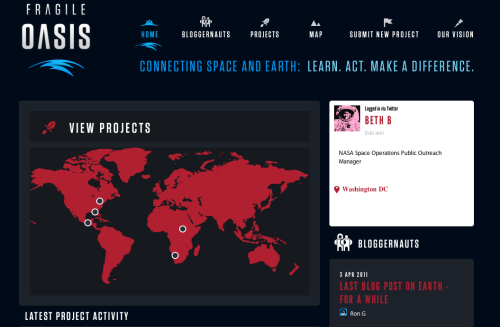 We’ve been scrambling for months to get the new community portion of the site ready for debut. We’re still working out the bugs, but we think you’ll LOVE it! 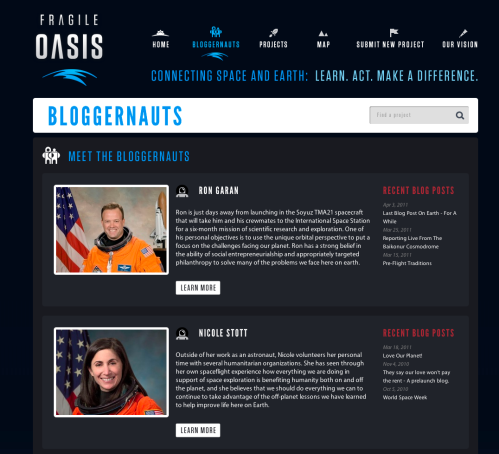 We have celebrity guest bloggers lined up and exciting partnerships with some amazing Earth-based organizations who share Ron’s vision of making this Fragile Oasis a better place for those of us who will never have the chance to leave Earth’s gravity.

NASA supports Fragile Oasis as an investment in tomorrow. We want space to inspire you to make a positive impact here on Earth. Let’s see what you can do!

Thanks Ron for letting us help make your vision a reality.