There is a fifth dimension, beyond that which is known to man. It is a dimension as vast as space and as timeless as infinity. It is the middle ground between light and shadow, between science and superstition, and it lies between the pit of man’s fears and the summit of his knowledge. This is the dimension of imagination. It is an area which we call the Twilight Zone. —Rod Serling 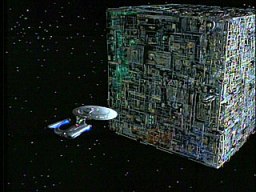 Looking at the fifth dimension from a math point of view, five-dimensional geometry features a 5-cube, part of the hypercube family (which makes me think of the Star Trek Borg connection.) Look at the series of geometric figures below, each generated from a 5-cube. What do you see? I see a visual representation of the 5th Dimension Imagination Space — a constellation of ideas and solutions that can be generated from 5 points of reference. 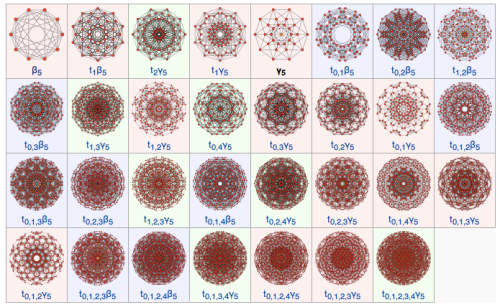 So how can we harness the 5th Dimension Imagination Space?

That question drives my PhD dissertation research on the topic of Social Intrapreneurship — individuals from the 5th Dimension who leverage the mission and capabilities of their organizations to provide social good. I’m looking at the characteristics  and skills of change-makers, their idea generation/implementation process, and the organizations capacity to allow entrepreneurial activities to exist and flourish. I’m specifically interested in the disruptive thinking process that can shift the status quo and bring about social change.

Here are a few tidbits of wisdom from three books I’ve read recently.

“Every design process cycles through foggy periods of seemingly unstructured experimentation and bursts of intense clarity, periods of grappling with the Big Idea and long stretches during which all attention focuses on the details.” — Tim Brown

My favorite part of the book was his story about working on a kid’s product for NIKE (our LAUNCH.org partner). They asked a group of kids, aged eight to ten, to come up with a product ideas — then divided the girls from the boys. The girls came up with over 200 ideas by leap-frogging each other’s ideas. The boys compiled 50 ideas. Hmmm. Why, you may ask. The author explains that the boys were so busy trying to sell their own ideas that they paid little attention to anyone else’s ideas (p. 79).

2. “How to Change the World: Social Entrepreneurs and the Power of New Ideas,” by David Bornstein

Bornstein explores what makes a social entrepreneur and looks for ways to identify them before they become well known. “Social entrepreneurs rarely announce themselves when they walk in the door.” He points out Ashoka’s criteria — vision, determination, and ethics (p. 120-201). He points to the difference between having an idea and being able to implement it (p. 123).

“What fascinates me most about the social entrepreneurs, at a personal level, is the way they hold to an internal vision no matter how many disruptive forces surround them. Somehow they find ways to construct meanings for themselves and hold to those meanings. On a daily basis, they manage to align their interests, abilities, beliefs, while acting to produce changes that accord with their deepest convictions (p. 288).” — David Bornstein

Bornstein identifies six qualities to look for in social entrepreneurs:

3. “The Power of Unreasonable People: How Social Entrepreneurs Create Markets that Change the World” by John Elkington and Pamela Hartigan

“Being unreasonable is not just a state of mind. It is also a process by which older, outdated forms of reasoning are jettisoned and new ones conceived and evolved (p. 1).” — Elkington and Hartigan

The authors investigated the roots of unreason in successful social entrepreneurs to determine how their bring about change. From the outside, these individuals seek “outlandish goals” by attacking intractable problems. They force others to “look beyond the edge of what is possible.” The authors wanted to understand how they approach value creation, as well as common models of leadership and business.

Social entrepreneurs are in demand from global corporations who are looking for “market intelligence” since entrepreneurs serve as “sensitive barometers for detecting market risk and opportunities (p. 2).” What sets social entrepreneurs apart from their business entrepreneur counterparts is their sense of the long-term solutions to problem, rather than short term gain from selling the idea.

How do we populate the 5th Dimension Imagination Space with divergent, disruptive thinkers, who have the freedom to create the maximum number of choices for optimum implementation?

I’ll let you know when I finish my dissertation. And, I hope I don’t find myself somewhere out in the Twilight Zone. 😉